This week’s episode of RAW aired live from Bankers Life Fieldhouse arena in Indianapolis, Indiana. It was the second-to-last episode of RAW before WWE TLC 2017 on October 22nd. Here are 3 winners and losers from this week’s WWE RAW:

The Miz kicked off this week’s episode of RAW and gave out a couple of Mizzie awards. The Miz awarded Curtis Axel, Sheamus and Cesaro awards. Finally, The Miz gave himself an award and stated that he is dedicating it to his unborn child. Roman Reigns interrupted and came to the entrance ramp. He was quickly followed by Seth Rollins and Dean Ambrose.

The Shield then made their way to the ring and beatdown Sheamus, Cesaro and Curtis Axel. The Miz escaped outside the ring but was chased by Ambrose and Rollins. The Miz got back into the ring and was greeted with a Dirty Deeds from Ambrose. The Miz then fell victim to a Triple Powerbomb from The Shield. 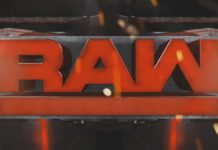 Jimmy Jacobs Gone From WWE After Taking Photo With The Bullet Club?

October 12, 2017
Former ROH Tag Team Champion Jimmy Jacobs is reportedly no longer working as a WWE producer due to fallout over a photo he took...

October 12, 2017
- Below is video of WWE NXT General Manager William Regal consoling a despondent Johnny Gargano after his loss to Andrade "Cien" Almas on...

October 11, 2017
There are rumors on Neville walking out of WWE and quitting before Monday's RAW episode in Indianapolis. The rumors began with a fan on Twitter...

October 11, 2017
After rumors of Erick Rowan and Luke Harper getting re-packaged soon, the former WWE NXT Tag Team Champions appeared in a vignette on tonight's...

October 11, 2017
As noted, there are rumors of Neville quitting WWE and walking out before Monday's RAW in Indianapolis hit the air. The original plans for...