According to a new article released by F4WOnline.com this weekend, John Cena has been chosen by WWE as the man to serve as the special guest referee for the Mahal-Lesnar “Champion versus Champion” showdown.

As previously reported, Dave Meltzer of F4WOnline noted in the latest issue of his Wrestling Observer Newsletter that in addition to Cena, fellow WWE legends Dwayne “The Rock” Johnson and “Stone Cold” Steve Austin were considered for the spot.

Cena has yet to appear on WWE television since losing to Roman Reigns at the WWE No Mercy pay-per-view back in September.

Prior to the Mahal-Lesnar showdown at WWE Survivor Series, “The Modern Day Maharaja” will be defending his WWE Championship against A.J. Styles in the main event of next Tuesday night’s episode of WWE SmackDown Live in Manchester, England.

WWE Survivor Series 2017 goes down from the Toyota Center in Houston, Texas on Sunday, November 19th, airing live via the WWE Network and on pay-per-view. Join us here on 11/19 for live results coverage of the WWE joint-brand event. 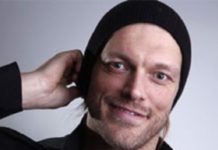