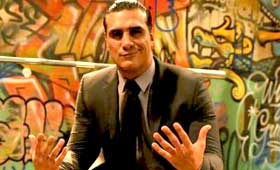 UFC co-founder Campbell McClaren and CEO of the aforementioned Spanish-based MMA promotion released an exclusive statement to MMAUNO.com to confirm the news.

Check out McClaren’s statement below.

“Alberto is a really good friend of mine and his girlfriend Saraya who is ‘Paige’ I’m sure you know, they become very close friends of mine and when they are in New York they come out to dinner with my wife and I. They are good pals, but what Alberto is telling me, is that his first love is wrestling. You know, his father was ‘Dos Caras’ a very famous wrestler and Saraya’s family is third generation English wrestlers, you know about her right? And so what Alberto has said to me, and we haven’t unveiled this yet, but we can talk about it, he’s probably stepping back his official roles from Combate and he’s going to focus on more on wrestling for the next year or two.

“I think he’s reaching a point in his career when he knows that the physical demands of wrestling are not what he wants to continue doing, but I think he knows he’s got a couple of years still left to keep maintaining his level of performance. It’s a very challenging enterprise and I think it’s very, very hard on the body and difficult to do. Very physical, very athletic, so I he’s kind of asked me if he can step away and with Saraya, focus on wrestling.” 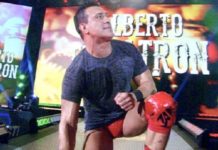 RVD On Recent Talks He Had With WWE, Potential Return To The Company

September 22, 2017
Company officials have confirmed to The Wrestling Observer Newsletter that the GFW name is being phased out of the Impact Wrestling brand. The recent...

September 22, 2017
- Below is the latest WWE Network Pick of the Week with TJP talking about ending his friendship with Rich Swann on WWE 205...

September 21, 2017
WWE has been on the receiving end of some negative backlash as a result of Jinder Mahal's promo on Shinsuke Nakamura on Tuesday night's...

September 21, 2017
As noted, Paige started training at the WWE Performance Center on Monday as she looks forward to her return to the ring for WWE. The...

September 20, 2017
https://youtu.be/S64VJiCGMIk It looks like SmackDown Live wasn't exactly a hot ticket on Tuesday night. The attendance inside the Oracle Arena in Oakland, California for last night's...

September 20, 2017
https://youtu.be/QvJS2UR_9Bk On the latest episode of his "Dinner With The King" podcast, WWE Hall Of Famer Jerry Lawler spoke about the recent passing of longtime...