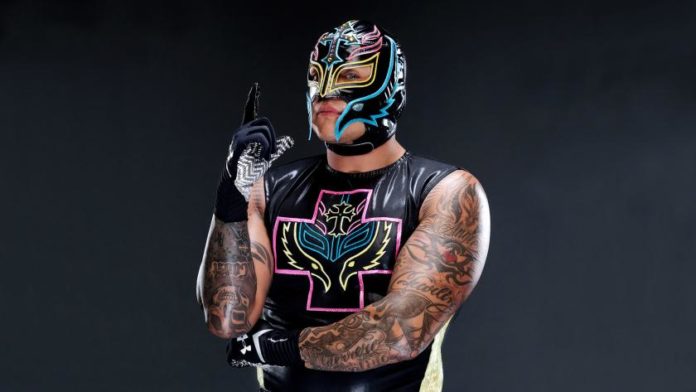 No word yet on where Rey Mysterio is headed but it won’t be Global Force Wrestling, according to PWInsider and The Wrestling Observer Newsletter. Rey had an offer from GFW after negotiations between the two sides but he opted not to take it.

We noted before that Rey was also in talks with WWE over the summer but those talks stopped as Vince McMahon did not want to work with Rey’s representation, mainly Konnan, among other reasons. It was also noted that while Rey and WWE were talking, the talks were said to be overblown in the first place as Rey was actually looking at signing with GFW because of the easier schedule and because it would allow him more freedom to do other projects. When word first got out about Rey talking with WWE, Dave Meltzer was told that it was actually GFW Rey was talking with, and that there was nothing significant to the WWE reports.

While his in-ring future with a major company is up in the air, Mysterio is said to be focused on training his son Dominick and preparing him for a pro wrestling career. Rey is also heavily involved with The Crash promotion in Mexico.

GFW wanted Rey to wrestle against Alberto El Patron at the November 5th Bound For Glory pay-per-view, according to The Observer. We’ve noted how Jeff Jarrett vs. Alberto El Patron was in the works for Bound For Glory but is likely off the books now that Jarrett is taking an indefinite leave of absence from GFW. The Observer notes that the storyline would have had Alberto blaming Jarrett for his recent GFW suspension. Jarrett vs. Alberto was to be teased until they pulled a big swerve on the night of the show and had Jarrett introduce Rey as Alberto’s opponent instead. When the talks with Rey fell through, plans changed back to Jarrett vs. Patron for Bound For Glory. There’s still no word yet on what Alberto will be doing at Bound For Glory, if anything at all.

On a related note, Rey suffered an ankle injury while working for the Catch Wrestling promotion in Austria during an eight-man single elimination tournament in four cities from August 30th through September 2nd. Rey defeated Alofa on August 30th and Apolo on September 1st to make it to the finals of the tournament. He then appeared at the finals on September 2nd in Vienna and apologized for the injury, promising to return to Vienna to make up for it. His opponent for that night, Joe Doering, then attacked him but Rey made a quick comeback to hit the 619 and roll him up for the win. He went to the hospital after the match to get the ankle checked out and while there was an injury, it was not serious and he’s expected to be back in the ring soon. The Observer noted that Rey suffered the injury because he’s been worked several dates in recent weeks.

September 16, 2017
Kairi Sane spoke with NBC Sports after defeating Shayna Baszler in the finals of WWE's The Mae Young Classic earlier this week. The full...

Mike Kanellis On How Long He’s Been Sober, Fans On No Mercy Matches, John...

September 15, 2017
- Below is a Total Bellas bonus clip from this week with John Cena and Nikki Bella playing a children's card game with brother...

September 15, 2017
- Cesaro and Renee Young are back for more Clash Royale gameplay in this new video from Xavier Woods' "UpUpDownDown" YouTube channel, featuring an...

Update On The GFW Bound For Glory Location, New Teasers

September 15, 2017
We noted earlier how GFW was teasing the November 5th Bound For Glory pay-per-view for the UK but the show was not happening there....

September 15, 2017
- As seen below, Sasha Banks is featured on the latest episode of "Her Take" from Champs Sports. The interview was filmed at the...

September 15, 2017
- Below is video of Kairi Sane talking to ESPN after her win over Shayna Baszler in The Mae Young Classic finals on Tuesday...

September 15, 2017
We now know two of the WWE NXT Superstars that will join Kairi Sane in the Fatal 4 Way for the vacant NXT Women's...