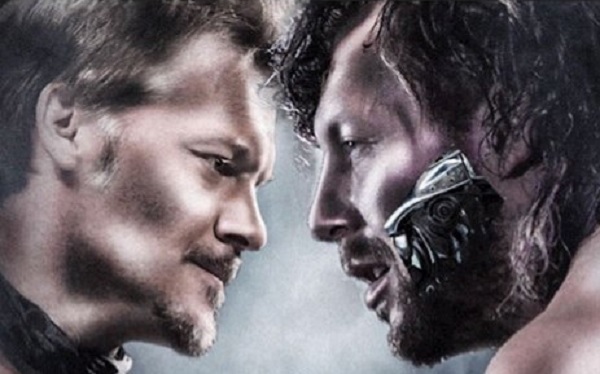 As noted, in another shocking move by Chris Jericho, the longtime top WWE Superstar has been announced as Kenny Omega’s opponent for the IWGP United States Championship match at the New Japan Pro Wrestling (NJPW) Wrestle Kingdom 12 show.

Jericho, who recently finished up another run with WWE, which he has called another one of the favorites of his career, is now moving onto the Japanese scene for the first time in years, as he works the NJPW Wrestle Kingdom 12 event, which goes down live from the Tokyo Dome in Japan on January 4th.

Jericho commented on the announcement of the match, which was made via video promo featuring himself with a photo of Omega that aired during the Power Struggle event this weekend. Check out his comments and some promotion from NJPW’s official Twitter page, which includes photos from the Jericho video segment, below. 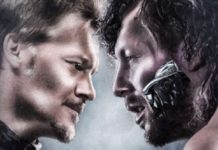 Jericho On Keeping Omega Announcement A Secret, Expectations For The Match Kenny Omega Added To ROH: Survival Of The Fittest Tour In San Antonio Chris Jericho Talks About Not Liking Triple H In The Past, Best WWE Trash-Talkers November 10, 2017
- Below is a new StubHub commercial featuring The Ascension tricking Breezango into becoming their best friends once again: - WWE stock was up 0.74%...

November 10, 2017
- Below is behind-the-scenes video of new WWE Champion AJ Styles as he prepared to take the gold from Jinder Mahal at Tuesday's SmackDown...

November 10, 2017
- Below is a Total Divas bonus clip from this week with Lana opening up to Nikki Bella during a shopping trip: - We noted...

November 9, 2017
It's now confirmed that Roman Reigns has been cleared to return to the ring from the viral infection that had been going around the...