As noted, WWE is dusting off the old NWA annual “Starrcade” tradition at the Greensboro Coliseum in Greensboro, North Carolina this evening, as they present their non-televised one-night special event, WWE Starrcade 2017.

Featured below, courtesy of WWE’s official Twitter page, is the first look at the special production set for tonight’s show. Check out the ring entrance and aisle below, as well as a special tribute video honoring the late WWE Hall Of Famer and NWA legend, “The American Dream” Dusty Rhodes, who is the man who created the original NWA Starrcade event in the 1980s.

Check back here later this evening for a complete report from the WWE Starrcade 2017 special event. 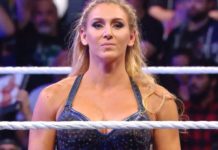 Impact Wrestling Viewership Back Up With Grudge Match

November 30, 2017
We've noted how Finn Balor vs. WWE Universal Champion Brock Lesnar likely will not be happening at the 2018 WWE Royal Rumble pay-per-view due...

November 30, 2017
- Below is the trailer for the new documentary on Jack Gallagher, courtesy of Figure Four Films. The documentary can be purchased via Vimeo...

December 1, 2017
After taping all matches at Wednesday's WWE NXT TV tapings to air over the month of December, it appears WWE has changed plans for...

November 30, 2017
- WWE posted this promo to hype the Triple H vs. Jinder Mahal match that will take place at the December 9th WWE Supershow...