The November 27th episode of WWE RAW aired live from Knoxville, TN. Here are 3 winners and losers from this week’s episode of RAW:

Rich Swann faced Akira Tozawa, Noam Dar and Ariya Daivari in the first Fatal 4-Way match tonight. The fight quickly spilled out of the ring. Daivari and Dar worked together and Enzo was shown backstage rooting for them. Swann eventually picked up the victory via the Phoenix Splash and is now one step closer to becoming the #1 contender. 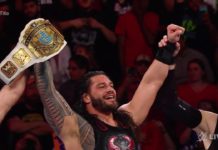 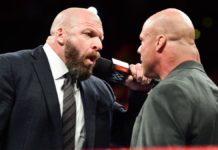 WWE On Elias - Royal Rumble, Photos From The Set Of The Marine 6,...

December 19, 2017
- Below is a Total Divas preview clip for this week with Nia Jax going on a hike with Brie Bella and offering words...

December 18, 2017
WWE has announced Bray Wyatt and Matt Hardy for the WWE 205 Live non-televised live events in January. This could be a sign of...
ad