- Featured above is the latest episode of WWE Now, which looks at the reaction on social media to the Asuka vs. Emma match scheduled for the upcoming WWE TLC 2017 pay-per-view.

- Big Show took to Twitter this week to show off his condition just three weeks after undergoing hip surgery. The longtime WWE veteran posted the following photo on his official Twitter page on Friday afternoon.

Less than three weeks since hip surgery and back in the gym. Slow and steady but still focused. #GiantInTheGym pic.twitter.com/Q0h7Q9TmYP 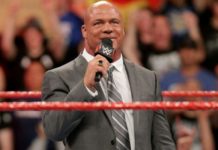 Edge Claims He Doesn’t Get The Hype Surrounding Asuka 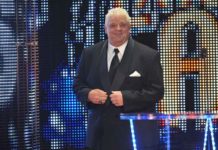 Jim Cornette On Past Issues With WWE, Recent Cordial Run-In With Vince

November 5, 2017
As noted, in another shocking move by Chris Jericho, the longtime top WWE Superstar has been announced as Kenny Omega's opponent for the IWGP...

November 5, 2017
https://youtu.be/TUv06BScsp0 As noted, Triple H made a surprise appearance at the Insane Championship Wrestling (ICW) event on Sunday. "The Game" appeared at the ICW: Road to...

Pete Dunne On If WWE Is Trying To Kill The Indies, His Dream Opponent...

November 5, 2017
https://youtu.be/wdcGHD2Xmj0 WWE U.K. Champion Pete Dunne recently spoke with the folks from Digital Spy for an interview. Below are some of the highlights. On being the...

November 4, 2017
Are you actually going to MISS OUT on the rumored return of The #Undertaker at #RAW25?! Tickets are available NOW! @catherinekelley pic.twitter.com/Ape0EZlju2— WWE (@WWE)...

November 3, 2017
https://youtu.be/2Re1Z41tzaY As noted, WWE Hall Of Famer Steve Austin recently appeared as a guest on Ring Rust Radio to promote the premiere of the latest...

November 3, 2017
Chinese recruit Leo Gao was released from his WWE NXT contract today, according to Pro Wrestling Sheet. Gao never made it to NXT TV...