Home Wrestling News Bully Ray Explains Why RAW Star Might Be In Trouble With The...

If you ask Bully Ray, Elias might have gotten himself into some hot water with “The Dead Man.”

Bully Ray took to social media on Monday night to comment on Elias using The Undertaker’s “Old School” move to earn a victory over Apollo Crews on RAW, speculating that he might have got himself in trouble with the WWE legend.

As Ray noted in his tweet on Monday evening after witnessing the Elias-Crews finish on RAW, he once got a call from “The Phenom” after doing his trademark eyes-rolling into the back of his head spot without clearing it in advance.

“I ‘rolled my eyes’ on RAW once and got a call from the Dead Man the next day,” wrote the former Bubba Ray Dudley via his official Twitter page. “Elias is in BIG trouble!!”

I "rolled my eyes" on #Raw once and got a call from the Deadman the next day.

Elias is in BIG trouble!! 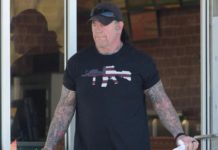 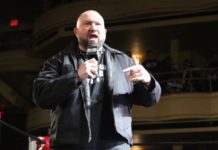 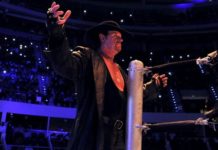 Jake Roberts On Trying To Help Ric Flair, His Own Sobriety, New Book

November 11, 2017
WWE Hall Of Famer Jake "The Snake" Roberts recently spoke with Chris Yandek of CYInterview.com. Below are some of the highlights from the interview. On...

November 10, 2017
- Below is the latest episode of WWE Unboxed with Zack Ryder, featuring the end of Ryder's 25-year quest to obtain the rare Rhythm...

November 10, 2017
Regarding AJ Styles winning the WWE Title from Jinder Mahal on this week's SmackDown, The Wrestling Observer Newsletter reports that Styles vs. Mahal was...

November 10, 2017
https://youtu.be/kN17neQdNL4 Alberto El Patron, who recently returned to Impact Wrestling at their "Bound For Glory 2017" pay-per-view after being stripped of their world title and...

Why The New Day Switched Brands For Rest Of Tour, James Ellsworth Beat Down...

November 10, 2017
WWE Superstar Finn Balor spoke with the folks at Ringside Collectibles while at the Ringside Fest 2017 event earlier this year. During the interview, Balor...