Alberto El Patron, who recently returned to Impact Wrestling at their “Bound For Glory 2017” pay-per-view after being stripped of their world title and suspended by the company earlier this year recently took part in a media conference call.

During the call, El Patron spoke candidly about Impact Wrestling co-founder Jeff Jarrett parting ways with the company earlier this year, and how Jarrett was someone he considered a friend who helped him throughout his career.

“It’s too bad that we don’t have a good person, a good friend like Jeff Jarrett,” said El Patron during the call. “He was someone that supported me in the company from the beginning. He was writing some amazing things for me, that amazing story between my family and LAX is one of the storylines that I enjoyed the most in my career since I came to North America.”

El Patron continued, “He was the one, also with John (Gaburick) and of course many other people in the company, that came up with that fantastic idea. It’s too bad that we don’t have him again, but of course the business, the company has to move on, go on, and now we’re here in Canada with other people in charge with the same energy, with the same great ideas. And I know with all the new faces in the company, the Mexican wrestlers, the established wrestlers from Impact, and with Alberto El Patron coming back to Impact we’re gonna be doing amazing things and we’re gonna be taking this company to the place where it deserves to be.” 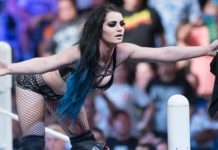