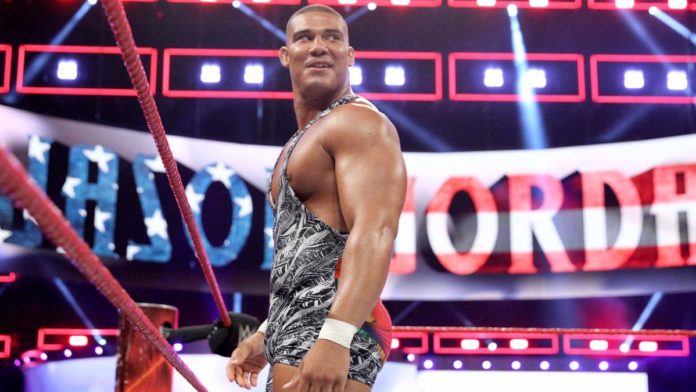 It looks like Jason Jordan could be undergoing surgery soon. It was noted on Wrestling Observer Radio that the kind of neck injury Jordan is currently suffering from is the kind that talents definitely get surgery for and not the kind of injury that one would just work through.

As noted, Jordan is said to be having issues with his grip, which could indicate a very serious injury. It was also noted that Jordan is dealing with a loss of grip strength. Jordanâ€™s injury is serious enough that WWE officials are not booking him in any physical angles or matches until further notice. This is also why he and Seth Rollins lost the RAW Tag Team Titles to The Bar.

Jordanâ€™s last match came at the January 28th Royal Rumble pay-per-view, the title loss, but he barely did anything during that match. Before that he lost a six-person tag match with Rollins and Roman Reigns on the January 8th RAW and before that he defeated Cesaro in singles action on January 1st.

On a related note, Jordanâ€™s wife April Everhart took to social media last night during RAW and issued a statement on his WWE status, confirming that he has been sent home after last nightâ€™s backstage segment with RAW General Manager Kurt Angle. However, Everhart is downplaying the severity of Jordanâ€™s injury. You can read her statement below:

February 6, 2018
It looks like Jason Jordan could be undergoing surgery soon. It was noted on Wrestling Observer Radio that the kind of neck injury Jordan...

February 6, 2018
- Below is a promo for this week's WWE SmackDown, featuring Sami Zayn vs. Kevin Owens in the main event with the winner going...

February 6, 2018
Reload often for new videos and results as they are available... [youtube https://www.youtube.com/watch?v=Xwseq5D77GM?rel=0&w=560&h=315] - Tonight's WWE RAW from Des Moines opens with Michael Cole welcoming us....

February 5, 2018
In a story that first broke on PWInsider.com, Matt Hardy is now listed as the complete and sole owner of the Broken Universe trademark,...

February 5, 2018
Tonight's WWE RAW will take place from the Wells Fargo Arena in Des Moines, Iowa as the Road to WrestleMania 34 continues. The only match...